The new rules, officially introduced on Monday 6th April, mean that now just a single complaint would be enough to launch legal action.

New legislation that allows for harsher punishments for companies found to be cold calling and spam texting have now come into effect, giving consumers across the country hope that this sort of nuisance marketing will be significantly curbed.

The new rules, officially introduced on Monday 6th April, mean that now just a single complaint would be enough to launch legal action, while the maximum fine for bosses of companies found to be in breach has increased from £5,000 to £500,000. One such company - the Bolton-based Direct Assist - went into liquidation after being fined £80,000 last week.

Before the change, the Information Commissioner's Office was required to prove that cold calling had caused "substantial damage or distress" before prosecuting a firm, however the ICO now simply has to prove that a breach has taken place.

“We've been pushing for this change for two years, and we're sure it will make a difference,” said Information Commissioner Christopher Graham.

“The change will help us to make more fines stick, and more fines should prove a real deterrent to the people making these calls.”

However, the ICO will not be able to act retrospectively, and will only be able to fine companies which have committed ‘serious breaches of the law' after the rule change came into effect.

At National Accident Helpline we never cold call, send spam texts or spam emails and are committed to tackling nuisance calls, only marketing to consumers in an ethical way. Take a look at our policy against cold calling to find out more about our #StopNuisanceCalls campaign. 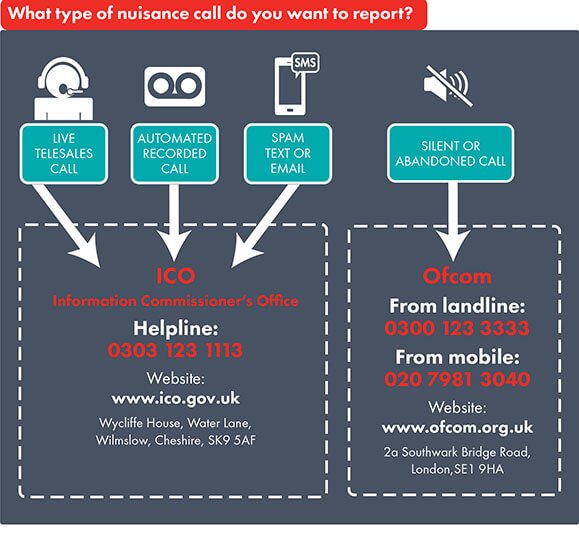