What does a Conservative government mean for British justice?

Michael Gove MP has been appointed as the new Justice Secretary.

28 May, 2015/ by National Accident Helpline /Legal and Consumer News, News 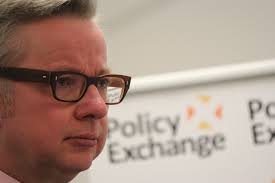 Following the appointment of the former Chief Whip Michael Gove to the position of Justice Secretary, we take a look at some of the changes the Conservatives plan to implement over the next five years.

With a proven track record of pushing through significant reforms - even in the face of criticism from relevant stakeholders - after his time as Education Secretary, we can expect to see a similar pace of change at the MoJ, with Gove unlikely to be perturbed by pushback from the legal profession.

Replacing the Human Rights Act with a British Bill of Rights

The pledge to introduce a British Bill of Rights was included in the Conservative manifesto, and is expected to be one of David Cameron's key priorities for the first 100 days of the new government. Expect to see it featuring heavily in the Queens Speech which will be delivered on 27th May.

The scrapping of the HRA would see an end to the link between the European court of human rights and the UK's Supreme Court. The ECHR would no longer be able to influence the British justice system through orders to change UK law, however British citizens would retain the right of appeal at the European court.

This issue will likely roll over into the wider debate on Britain's position within the EU and the referendum planned for 2017.

It is expected that the Conservatives' plans will face resistance from Holyrood, while the move may also place the government in breach of the 1998 Northern Ireland Good Friday agreement.

The previous coalition government made £600 million worth of cuts to legal aid during the previous parliament, overseen by Chris Grayling and the former Justice Secretary Kenneth Clarke, and the Conservatives have pledged to continue their review of the system over the next five years.

The Conservative manifesto stated that they wished to "continue to provide access to justice in an effective way."

It will form part of a larger push to continue to boost efficiency within the court system, with the Conservatives planning to spend £350 million to do so.

The Legal Aid, Sentencing & Punishment of Offenders Act 2012 was the most significant reform enacted during Chris Grayling's tenure as Justice Secretary, and three years on it is likely that Michael Gove will revisit the legislation to try and identify what is working, what isn't, and what more can be done now the Conservatives have a parliamentary majority.