As the UK’s most trusted personal injury experts, we can help you get your life back on track after a traumatic experience. No matter what you’ve been through, we’re here to help you start your blood clot compensation claim.

Let us help you get the blood clot compensation you deserve

Although blood clots are a fairly common condition, if they aren't treated quickly and effectively they can be serious. Untreated blood clots can lead to kidney failure, deep vein thrombosis (DVT), pulmonary embolism and, in extreme circumstances, death.

Medical negligence and misdiagnosis are common reasons that blood clots go untreated. If you or a loved one has suffered from a blood clot unnecessarily, we can help you get your life back on track with the blood clot compensation you deserve.

Talk to our team if you have suffered a blood clot that you believe could have been prevented. You can reach us on or request a callback and our team will be able to advise on your eligibility to claim blood clot compensation.

What is a blood clot?

What is a blood clot?

A blood clot is a clump of sticky blood that has changed from a liquid to a semi-solid state. When we suffer wounds like grazes and skin lacerations, our blood naturally clots to prevent blood loss.

When this process happens internally it can have severe and even fatal impacts. Blood clots can slow down blood flow, move toward a vital organ, such as your heart or lungs, and morph into more serious conditions such as DVT or pulmonary embolisms.

What is the difference between a blood clot, DVT and pulmonary embolism?

What is the difference between a blood clot, DVT and pulmonary embolism?

The fundamental difference between DVTs and pulmonary embolisms are as follows.

DVT is the name for a blood clot that appears in one of the deep veins of your body. DVT can occur following surgery, an extended stay in hospital, or occasionally after a long-haul flight.

DVT compensation claims can arise if your medical practitioner has failed to diagnose your DVT, failed to identify the risks or administer the appropriate medication.

Pulmonary embolisms usually occur as a result of untreated DVT. A blood clot is diagnosed as a pulmonary embolism when it blocks blood vessels in your lungs after migrating from elsewhere in your body.

Can I claim compensation for a blood clot?

Can I claim compensation for a blood clot?

Blood clots, DVTs and pulmonary embolisms can be treated if diagnosed appropriately and quickly. However, if they are misdiagnosed or ignored, they can have far-reaching, short- and long-term impacts on your life.

If a blood clot is not treated quickly enough, pieces may break off in your circulatory system and cause serious, sometimes fatal, effects. A DVT can end up as a pulmonary embolism, which affects around 28,000 people a year in the UK.

Even successfully treated DVTs can continue to cause issues. Post-thrombotic syndrome can affect blood clot patients. It causes issues such as rashes, swelling, pain and ulcers, leaving you unable to live your everyday life.

You may have suffered a loss of earnings or paid for ongoing medical care and more following your blood clot. If it could have been avoided and someone else's negligence is to blame, we don't believe you should be out of pocket.

To discuss making a claim for compensation for a pulmonary embolism, DVT or blood clot, talk to our team of dedicated experts now.

Mr. W's wrist fracture was missed, leading to permanent damage. He was awarded £200,000

In 2004, Mr. W slipped on a kerb and fell onto his outstretched right arm. He went to A&E where his wrist was x-rayed, and was told that he had sprained his wrist. He was told to return to hospital 10 days later, when the x-ray was reviewed and again, no fracture was reported.

Can I claim for a blood clot that happened during a stay in hospital?

Can I claim for a blood clot that happened during a stay in hospital?

Hospitals have a duty of care to all patients. Those staying in for extended periods require extra considerations, and blood clots are common in bed-bound patients following surgery.

Hospitals are required to check for signs of blood clots and DVTs in patients staying in their care. In fact, the National Institute for Clinical Excellence (NICE) have written procedures for medical checks to be carried out within 24 hours of a patient being hospitalised. These procedures include:

If you have been cared for in hospital and the staff failed to follow NICE guidelines which resulted in you suffering a DVT, they become liable for medical negligence. This opens the possibility of you making a DVT negligence compensation claim.

If you believe the hospital you were admitted to were medically negligent toward you, then contact us on or request a callback as soon as you can.

Simply put, medical negligence is where a medical professional or medical institution like a hospital harms a patient by act or omission in the course of treatment or surgical procedure. It also includes things like medical misdiagnosis where a wrongly-identified condition or one missed entirely harms the patient.

Yes - if you've suffered from medical negligence while using the NHS in the last three years, then we may be able to help you make a compensation claim. Our medical negligence solicitors are experienced at handling medical negligence NHS claims and can take you through the process step by step, keeping things as simple and stress-free as possible.

Contact us first on . Share your experience and we'll check your grounds to make a medical negligence compensation claim. If you want to proceed, we'll then connect you with one of our specialist solicitors.

Proving liability in a claim is about establishing blame in four key areas.

Duty: did the party you hold responsible for your injury owe you a legal duty of care?

Breach: did they breach that duty by acting (or failing to act) in a particular way?

Causation: did their actions (or absence of them) cause your injuries?

Damages: were you injured by their actions or inactions?

I suffered a DVT after a long-haul flight - can I claim?

I suffered a DVT after a long-haul flight - can I claim?

If you suffered a DVT after a flight that was more than four hours long, and your healthcare practitioner did not recognise this risk factor when assessing your symptoms, you could be eligible to make a DVT compensation claim.

Making your doctor or medical practitioner aware of your recent flight is important, as they will need to know all the relevant details relating to your symptoms. If they still misdiagnose your DVT, you could claim for DVT negligence compensation.

The risk of DVT associated with long-haul flights are well publicised and are frequently cautioned by the aviation industry. Claiming DVT compensation from an airline is extremely difficult, and most cases are unsuccessful. 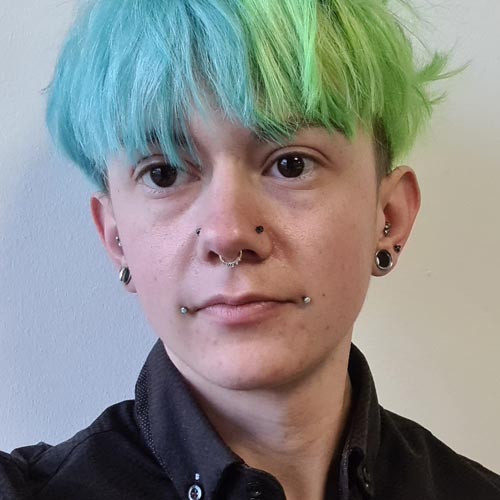 Meet Casper Nicholettos - Casper is one of our expert, legally-trained advisors here at National Accident Helpline.

Like all of our friendly and professional team members, Casper is a great listener and with the legal training knowledge and expertise, Casper can quickly tell if you may be eligible to make a medical negligence compensation claim due to a blood clot misdiagnosis.

Am I eligible to make a no win no fee blood clot compensation claim?

Am I eligible to make a no win no fee blood clot compensation claim?

If you have suffered a blood clot, DVT or pulmonary embolism in the past three years that was made worse due to someone else's negligence, you could be eligible to make a no win no fee blood clot or DVT compensation claim.

Making a deep vein thrombosis claim under a no win no fee agreement is a cost-effective way to claim. You will need to have the correct insurance before making your claim - don't worry, though, we can help you get your coverage arranged.

Even if you're unsure if your blood clot was made worse by someone else's negligent behaviour or you're nearing the end of the three years since it happened, we could still help. Request a callback from our team to talk about your case or call us on .

With over 26 years of experience, we have helped over 2 million people across the UK understand whether they have a claim.

As the UK's leading provider of personal injury advice, we have built up a solid reputation and earned a coveted ‘Excellent' rating on Trustpilot.

Our team of personal injury experts aim to take the stress out of making a blood clot claim. Talk to us today and see how we can help you get the blood clot compensation you deserve.

Compassionate and stress-free claims handling.
Compensation on a No Win No Fee basis means you'll never be out of pocket.
We've handled over 40,000 medical claims.
Trusted, friendly and confidential support when you really need it.

Whatever the circumstances that led to your blood clot, DVT or pulmonary embolism, we may be able to help you make a claim for blood clot compensation.

To start your claim, get in touch with our team today. You can call us on or request a callback at a time that suits you to discuss your experience. We can help you find out whether you can make a claim, offer free advice and connect you with a specialist no win no fee solicitor if you decide to proceed.