What we know about personal injury

At National Accident Helpline we know from our daily conversations with injured people just how much a personal injury can affect every aspect of a person's life, from the financial cost of loss of earnings and medical bills, to the emotional stress on an individual and their family. The aftermath of an accident can be a hugely overwhelming time.

As the UK's leading provider of personal injury advice, services and support, we wanted to uncover the financial, emotional and practical effect that a personal injury can have - from loss of earnings to stress and lifestyle changes, as well as the ripple effect on friends and family.

Road traffic accident victim and former armed vehicle driver Paul describes how his injuries affected every aspect of his life.

Working alongside independent research organisation YouGov, we've undertaken a wide-ranging survey to provide a snapshot of the challenges faced for those injured through no fault of their own. We've written up these findings in a report, The Real Cost of Personal Injury.

The report includes a full breakdown of the research as well as a number of case studies that illustrate how a personal injury can leave people feeling at their lowest point. 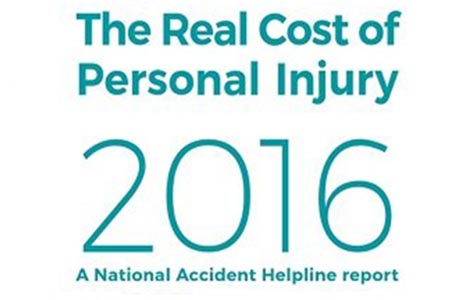 What we have found out

The following are just some of the issues we uncovered, ranging from significant financial losses to life-changing career consequences, along with very real fears and concerns:

What do people think?

Meanwhile, challenging the perception of a compensation culture in the UK, we found that the overwhelming majority of respondents who have or intend to make a claim used or intended to use their compensation to get back to the position they were in before suffering their accident or injury - exactly what compensation is intended to do. 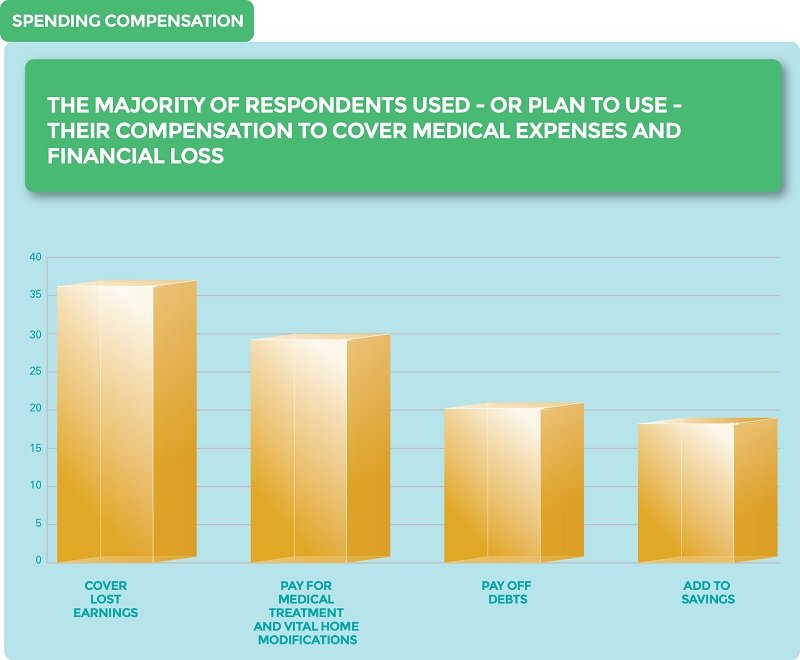 Claiming is not just about securing financial recompense, however. Almost a third (32%) of those who made a claim said they wanted to make sure the same accident couldn't happen to someone else.

Respondents to our survey also cited feelings of anger and frustration at those who had caused their accident, and in many cases a desire for an apology.

Yet despite the worthwhile uses cited for compensation and, for many, the desire to create a safer environment and right a wrong by making a claim, more than one in five (21%) of those who made a claim feel there is a ‘compensation culture' in the UK - and the figure rises to more than two in five (42%) among non-claimants. 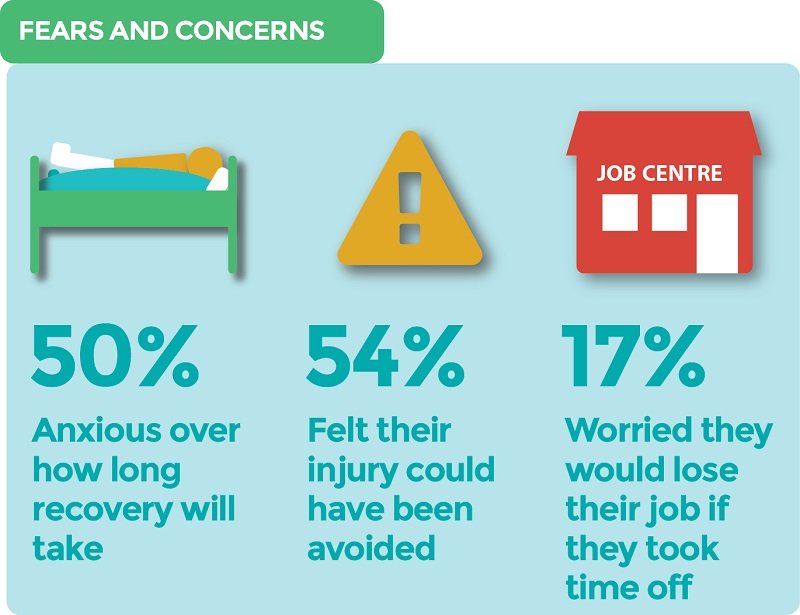 It's critical to understand the real cost of personal injury to an individual, as we know the legal landscape is set to change - partly in response to the widespread view that the UK is in the grip of so-called compensation culture.

The Government is currently considering plans to raise the small claims limit for personal injury to £5,000 and remove the right to general damages for soft tissue injuries.

The proposed changes are mainly aimed at tackling fraudulent claims and reducing the number of nuisance calls made by rogue companies in the personal injury sector.

However, they would increase the number of cases going through the small claims court, where legal costs can't be recovered from the losing side, and we could see more people with life-altering injuries and complex claims having to represent themselves in court.

These changes would significantly reduce access to justice and legal advice that many people need.

So while we're pleased that a number of sensible proposals, including action against nuisance calls, have been made, we are also focused on ensuring that the rights of genuine claimants are effectively balanced with the goal of tackling fraud.

What we will do

Using our research, we will continue to work with the Government to ensure that people with legitimate cases are supported to get their lives back on track, and secure the justice they deserve.

We want the voices of personal injury sufferers to be heard amongst this noisy debate.